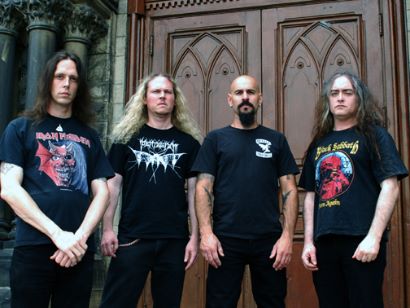 Pennsylvania-based death metal legends INCANTATION have booked some tour dates in support of their most recent effort, 2012’s Vanquish in Vengeance, which was released via Listenable Records.

The band commented: “July marks a number of shows for us throughout the states. We’re poised to devour your souls on our Will of Vengeance tour. Label mates and brothers in battle ACHERON will join us for the first wave of carnage. You’ve been warned!”