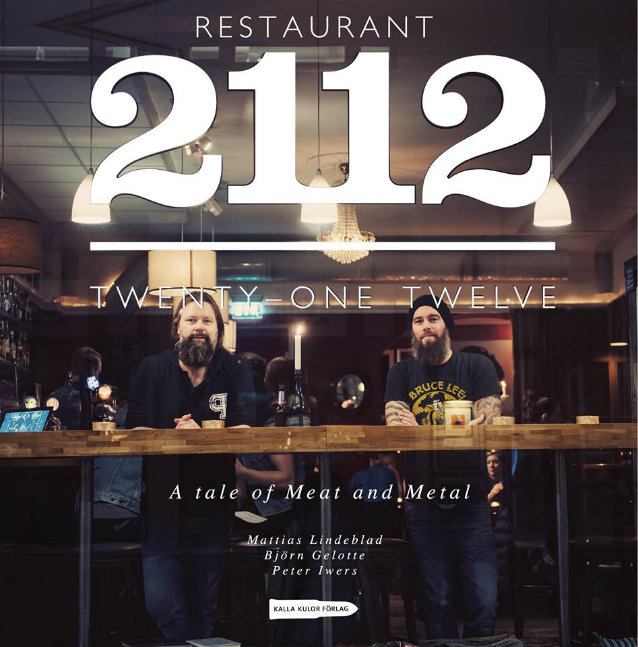 2112 – A Tale Of Meat And Metal, a new book by Peter Iwers and Björn Gelotte of the Swedish metal band IN FLAMES, along with journalist Mattias Lindeblad, will be released on May 30 via Kalla Kulor Förlag.

Restaurant 2112 was founded in 2011 by Iwers and Gelotte. The Gothenburg restaurant is named after the RUSH album and has since its opening become a natural venue for domestic and international fans of rock music.

2112 quickly became renowned for its marvelous, award-winning burgers, the well-selected beer and the warm and inviting atmosphere.

In just a few years, Restaurant 2112 has grown to become a home away from home for the rock-loving residents of Gothenburg and international rock stars passing through town.

This book is the story about following your dreams, even though you’ve never ever set foot on the other side of the bar counter — a tale of meat and metal.

The foreword was written by Hollywood star and IN FLAMES fan Peter Stormare.

Said SLAYER’s Kerry King: “It’s nice to see a couple of my friends in the biz doing well at something else. Now we have a great place for some drinks!!”

2112 is located at Magasingatan 5 in Gothenburg.