I LEGION, the project led by Frederic Riverin will release a four song EP titled Pleiona during the summer. This mini-album will feature Chris Clancy (MUTINY WITHIN), Ashe O’Hara (TESSERACT), ANGEL VIVALDI, Pascal Jobin (THE AGONIST), Bekki Friesen (DOMENICA) and for the first time ever, a duet with Björn Strid (SOILWORK) and Jon Howard (THREAT SIGNAL).

The Pleiona EP will also be fulfilled by keyboards and piano killer parts played by Nate Rendon, which will add a new dimension to the already melodic side of I LEGION.

The EP was mixed and produced by Jon Howard at Woodward Studios. The artwork was done by Bill Fore (Mutiny Within, Angel Vivaldi, BLINDED IN BLISS). Previews will be available soon. 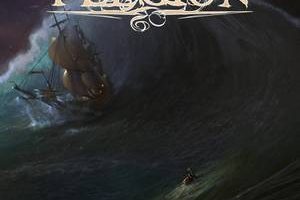