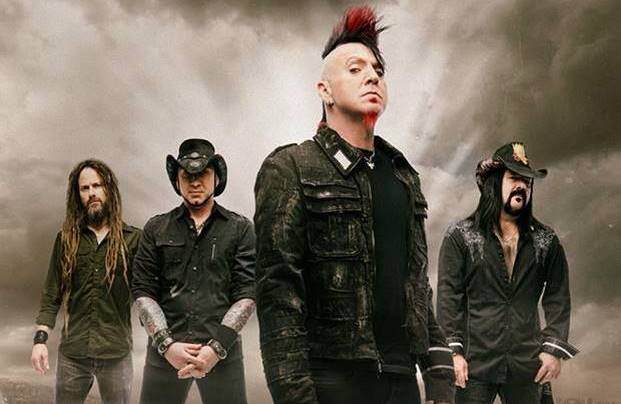 Blood For Blood, the fourth album from HELLYEAH, is available for streaming in its entirety in the YouTube playlist below. Due on June 10 via Eleven Seven Music, the CD was helmed by producer Kevin Churko at his The Hideout Recording Studio in Las Vegas, Nevada. Churko is the Canadian musician, sound engineer, songwriter and record producer who has previously worked with OZZY OSBOURNE, FIVE FINGER DEATH PUNCH and IN THIS MOMENT, among other acts.

On the cover artwork for Blood For Blood, HELLYEAH vocalist Chad Gray collaborated with renowned tattoo artist Paul Booth. Booth has been tattooing for over twenty years, and in that time he has worked on many celebrities and rock bands, including SLAYER, SLIPKNOT, SEPULTURA, SOULFLY and LAMB OF GOD. Paul says of the Blood For Blood artwork: “The last project that Chad and I worked on together was the MUDVAYNE blacklight design. I had such a great time working on that art, when Chad called on me to design HELLYEAH’s ‘Blood For Blood’, I jumped right into it as I knew it, too, would likely be a fun one. Chad always gives me the freedom to explore and interpret his ideas. It always makes for great collaboration. I look forward to seeing it all in print!”

He explained, “We felt like we had really got some momentum and the fans were really into where we were going and what we were doing musically and we got into the studio about three weeks after that tour was over and it just really became obvious to us that Greg and Zilla, they weren’t really in the same head space as us.”

HELLYEAH has recruited new bassist Kyle Sanders, a former member of BLOODSIMPLE and the brother of MASTODON’s Troy Sanders. Also in the current lineup is touring guitarist Christian Brady. who has previously played with MAGNA-FI and FRANKY PEREZ & THE TRUTH.

A press release describes Blood For Blood as a “welcome return to form” for the band, adding that it “sounds like a recharged HELLYEAH, taken up many notches.” 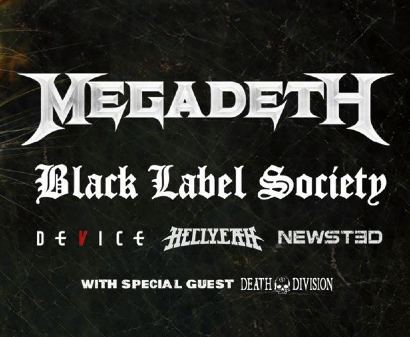 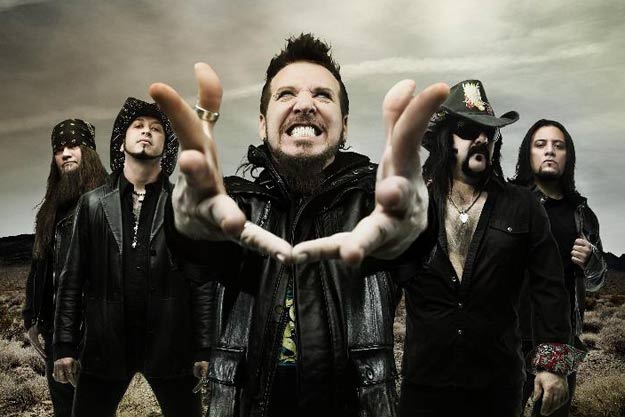