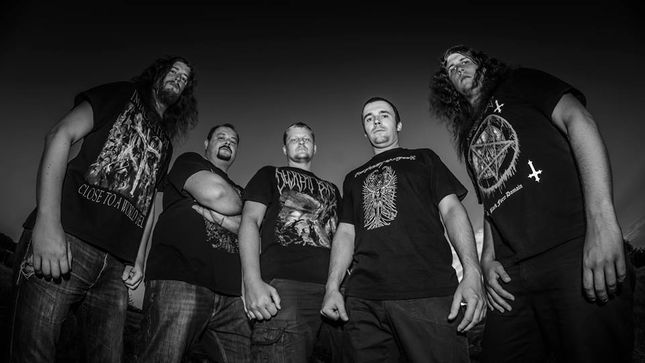 Czech Republic-based death metallers HEAVING EARTH will release their new album, Denouncing The Holy Throne, on February 6th via Czech label Lavadome Productions. Artwork and track listing can be found below, as well as a stream of the new track, “Doomed Before Inception.”

According to a press release, On Denouncing the Holy Throne, HEAVING EARTH launches a new reign of terror, moving beyond the charred remains of the celestial kingdom devastated by 2010 debut Diabolic Prophecies. Denouncing The Holy Throne is in fact a symphony of blasphemous death metal!

Relentless in its vision, lethal in its execution, and steadfast in its conviction, the album is also a refreshing, genre-enriching masterpiece. On this sophomore effort, HEAVING EARTH takes death metal into undiscovered and unconquered realms. While the band’s technical prowess is undeniable, every note is played in service to the song. Above all else, this is death metal with soul and character in all its blasphemous, dark, and violent glory.

1. The Final Crowning
2. Nailed To Perpetual Anguish
3. Doomed Before Inception
4. And The Mighty Shall Fall
5. Worms Of Rusted Congregation
6. …Into The Sea Of Fire
7. Forging Arcane Heresy
8. I Am Nothing
9. Into The Depths Of Abomination
10. …Where The Purified Essence Descends Ablaze
11. Jesus Died
12. Endless Procession Of The Holy Martyrs / Final Termination 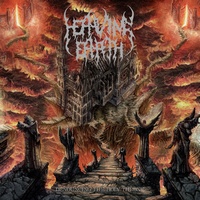