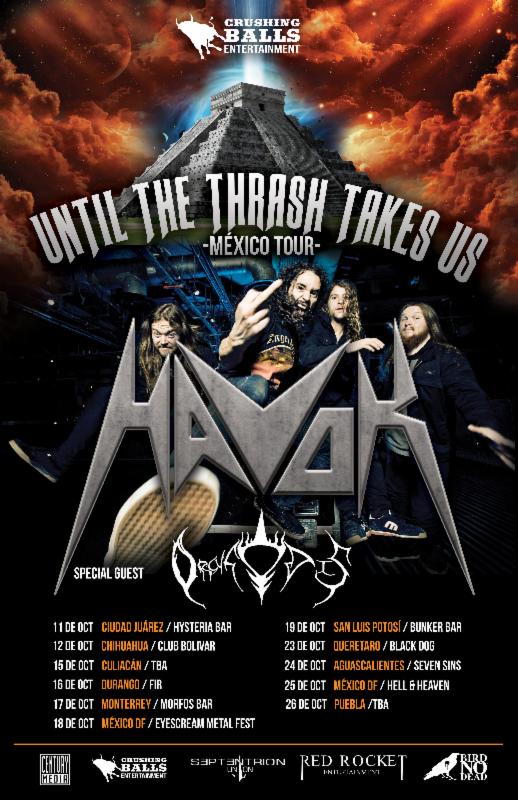 After recently completing an extensive tour of Europe, HAVOK is ready to return to North America this fall, starting with a USA/Canadian run alongside CROWBAR and REVOCATION, followed by a headlining trek in Mexico. HAVOK’s David Sanchez (lead vocals/guitars) comments: “Earlier this year was our first trip to Mexico and we liked it so much we’re coming back again this fall! We’re looking forward to seeing our maniacal fans south of the border this October. Mexico, prepare for attack…”

See below for all upcoming dates.

HAVOK, Denver’s young thrash metal quartet, has worked nonstop since their formation in 2004, releasing three albums and touring the world in support of them. Having recently signed to Century Media Records, the band is poised to take their music and career to another level.