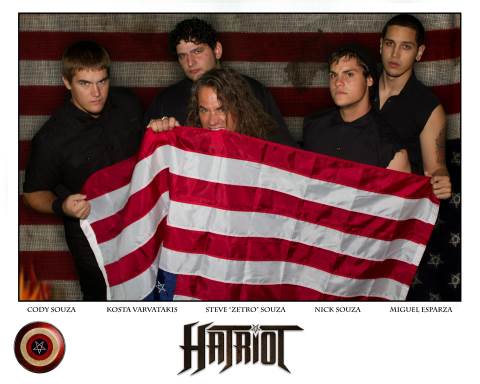 The Steve “Zetro” Souza (ex-EXODUS, TESTAMENT)-fronted HATRIOT will enter the studio in September to begin recording its sophomore album, Dawn Of The New Centurion, for a February 2014 release via Massacre Records. The album will be produced by Juan Urteaga, who also manned the boards for the band’s Heroes of Origin debut.

“Over the past year, HATRIOT has grown tighter as a band, and the songs on the new record will reflect that,” says Souza. “The songs are longer and more melodic, while keeping the classic thrash metal feel that we are known for.

“‘Heroes Of Origin’ was our Kill ‘Em All, and Dawn Of The New Centurion is our Ride The Lightning.”

HATRIOT will be touring Europe in November and December of 2013, and plans on including some new material into its live set.