HATE To Move Forward With Band 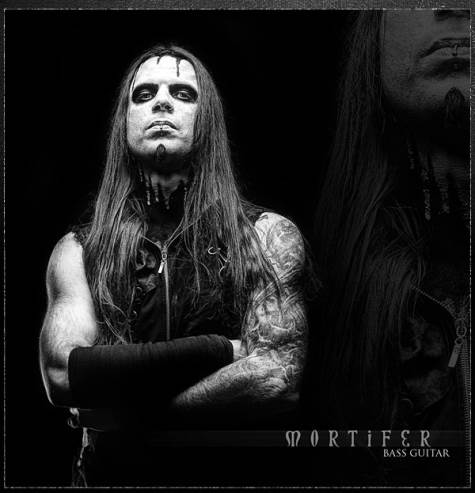 As previously reported, bassist Slawomir “Mortifer” Archangielskij of Polish extreme metal band, HATE passed away in his sleep on April 6. According to a posting on HATE’s Facebook page, the 27-year-old suffered from an irregular heartbeat and died of natural causes. The group added: “It is also known that Slawek suffered from asthma and had problems with breathing whilst asleep (obstructive sleep apnea).” Archangielskij joined the ranks of HATE in January 2007 and appeared on 2010’s “Erebos” and 2013’s “Solarflesh” albums.

In a recent posting on HATE’s Facebook page, the band says: “We would like you to know that we have decided to continue with the band and keep on doing our job as always. There is still a big hole in our hearts, but we do not want to focus on mourning over the tragedy. Instead, we decide to focus on the band and keeping it alive as well as all the ideas we shared with Mortifer. We treat what we do as a mission and we cannot see the end of it. On some shows to come, we will be accompanied by Mortifer’s wife Alexandra on bass guitar. She has been in the business for some time and been involved in a few Russian bands before. As an experienced musician, she will undoubtedly manage on the stage with us. On other shows, we will be joined by Piotr Kolakowski (NEYRA), a talented musician who had previously been on stage with us as a session musician. The festivals below have been confirmed, but there are more to come soon.”

Video footage of HATE’s March 31 performance at Effenaar in Eindhoven, The Netherlands can be seen below via Youtube.