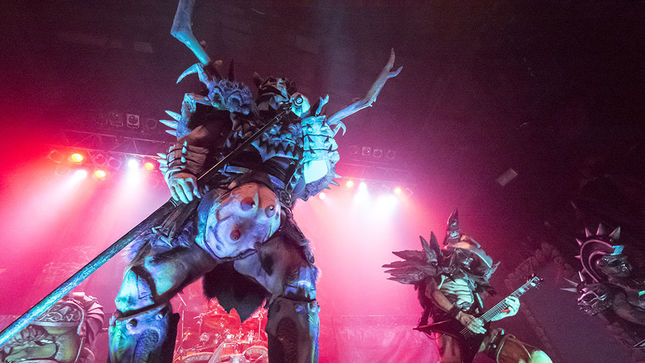 Citizens can rest safely (for the time being) as your Lords and Masters GWAR have completed their trek of destruction across North America, the GWAR Eternal Tour. 52 shows of utter devastation saw new lead singer Lord Blóthar assuming vocal duties alongside his Scumdog Brothers, and futuristic sister Vulvatron, as they scoured the universe looking for their lost leader Oderus Urungus. In the end, the tour gave fans, and the band themselves, a chance to mourn, celebrate, and honor Oderus Urungus, the greatest rock and roll singer to ever walk the face of Planet Earth.

What does 2015 hold in store for GWAR? Stay tuned, as the band gets ready to celebrate 30 Years of GWAR! #Hail Oderus! #Hail Flattus! #Hail GWAR!

“We are humbled by the fact that you are still willing to lay down your lives for GWAR. We have the utmost appreciation for the fans who supported us on this recent journey and are eternally grateful. You are the reason we continue.”