GWAR Makes Plans For Own Restaurant In Richmond, Virginia 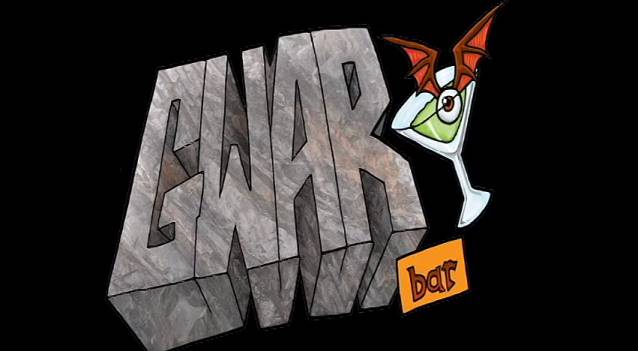 GWAR has announced plans to open a restaurant later this summer in the band’s hometown of Richmond, Virginia.

GWAR is known throughout the Universe for its outrageous stage show, irreverent humor and head-pounding music, but now it has turned its demented eye to the food service industry. GWAR has joined forces with Travis Croxton, Richmond’s restaurateur of the year 2013 to bring to life one of the last dreams of their fallen singer, Oderus Urungus, the GWARbar!

But GWARbar will not merely be a place to gorge on delectable food-stuffs whilst hoisting endless flagons of liquid glee… it will not be just a shrine and showcase to the undeniable visual impact of the world’s most infamous metal band… the opening of the GWARbar will be the singularly most important culinary event to occur since the invention of the spoon! Because the GWARbar marks the first time in the history of humans eating stuff that they shall do so by ordering off a menu designed by a chef NOT OF THIS EARTH… that’s right, Balsac The Jaws Of Death, GWAR’s guitar player and also designer of the notoriously tasty “GWAR-B-Q Sauce”, is bringing his supreme knowledge of intergalactic cuisine to the GWARbar, and has designed a bill of fare that is sure to make man or aliens swoon with epicurean delight. Let the plates of mankind be filled with the food of the God’s…at a workingman’s price!

“My mother taught me the endless secrets of intergalactic cooking,” said the hulking form of Balsac as he sat down to a heaping platter of GWAR-B-Q. “And then I ate her.”

An Indiegogo campaign has been launched to help raise funds for the renovation of the current building into the wonderland of food and beverage that will be known as the GWARbar. By contributing, you can earn anything from GWAR’s undying scorn ($1) to a bar stool with your name on it at the bar ($1000)! Make the GWARbar a reality by contributing here.

GWAR has solicited help and advice from many of their friends in the restaurant industry including “Top Chef” master Bryan Voltaggio, who said, “Obviously this place is going to be awesome! I can’t wait for it to open!”