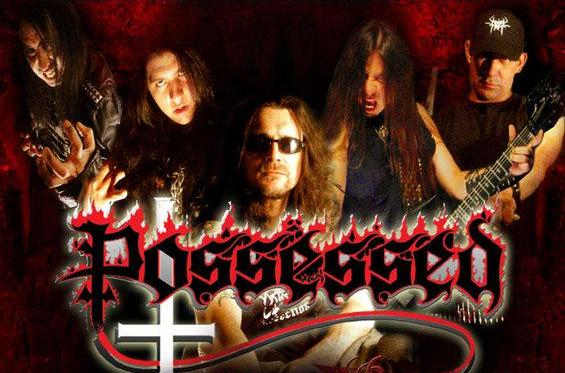 “Hey everyone. Due to my busy work/travel schedule with my audio-visual career, I will not be touring with POSSESSED on their upcoming South American tour. The band has found a replacement guitarist to do the tour, and although we are leaving the door open to fill in whenever possible, most likely this will be the end of my time with POSSESSED. I simply cannot commit to the band’s increasing tour schedule.

As anyone can imagine, this has been a very difficult decision to make. In the past, I would have simply quit my job for an opportunity to tour with a legendary band like POSSESSED – a band which I grew up listening to since I was 16 years old. But, things are different now – and I have responsibilities, and bills to pay.

It has been 2 and ½ years ago since I joined POSSESSED, and in that time we have done quite a few amazing things – we played a total of 31 shows together, including some huge festivals (Hellfest, Graspop), special events (Bonded By Baloff, Barge to Hell), US tour dates and two full European Tours, as well as written – and performed live – the first new POSSESSED song in over 20 years.

So, I will always remember my time with POSSESSED. I’d like to thank all our fans and friends, old and new, who have shown their support – I hope to see you all again one day. I send my best wishes and respect to Jeff Becerra – we will always remain friends, and brothers – and to the rest of the band – good luck in South America and in the future.

And for my personal fans, friends and supporters – do not worry, this is not the end of my musical projects – stay tuned for something very special to be announced in the weeks ahead. Cheers!!”