Guitarist/vocalist Doc Coyle of New Jersey modern metallers GOD FORBID has announced his departure from the group. A posting from his official blog is as follows:

“I am sorry to say that I am indeed leaving GOD FORBID.

“To say this is difficult and a big move for me would be an understatement. It has been very emotional and very sad for me to actually follow through with this, but I feel in my heart and head that it is the right thing to do.

“Let’s first remove the elephant from the room, and explain why I am leaving.

“I don’t want to leave the band, but there are elements of disorganization and unprofessionalism within the group that have made it impossible to be an effectively active band. I don’t feel like I’m being treated in a way that meets my standards, so I have to remove myself from the equation.

“I’m not going into great detail because I don’t want to throw anyone under the bus.

“I still love all the guys in GOD FORBID. They will always be my family, even if there isn’t a working band. But just because you love your family doesn’t mean you can work with them in a professional sense.

“Anyone who has read any of my blogs has probably heard me talk about trying to cope with confronting adulthood after living a musician’s life for my entire youth. I probably never, ever even entertained the idea of quitting GOD FORBID until my brother left in the spring of 2009. I always thought we were destined to ‘make it.’ I thought we were special. Nothing existed outside of the band. Nothing else mattered. Girlfriends, financial security, real world stuff would always take a back seat to the band. Even my girlfriends pretty much knew that.

“When Dallas quit, I became emboldened to carry on in spite of him. I wanted to prove that we didn’t need him. And carry on we did as GOD FORBID had three of the biggest tours we ever had all booked in a row with Kris Norris filling in on a massive tour with LAMB OF GOD, and then Matt Wicklund finally coming in to finish a festival run in Europe and then Mayhem fest in the states. I never really dealt with Dallas leaving on an emotional level, because we were steadily on the road. I was so angry with him. He was pretty much by my side for my entire life either on stage, binge-watching movies, drawing comics, playing basketball, playing guitar together or living in the bedroom next to mine in the same house. Then just like that… he was gone.

“Things began to unravel on the Mayhem fest 2009. The band was financially and logistically unprepared for the tour with very little label support, because we were at the end of our contract with Century Media despite the efforts of A&R at the time, the eager and helpful Ray Harkins. We ended up splitting with our manager at the beginning of the tour because of the shitstorm of unpreparedness. Plus I could just tell we weren’t connecting with fans the same way we had, say at Ozzfest five years prior. The tour featured a lot of death metal, BEHEMOTH, JOB FOR A COWBOY, THE BLACK DAHLIA MURDER. There just seemed to be a turning of the tide, and as an artist you have to be aware of how the world is perceiving you. For some reason, whatever we were doing was not breaking through to the populous the same way.

“Just to put a cherry on top, my girlfriend broke up with me literally on the drive home from the tour due to finding out about some fuckery on my behalf. It didn’t really hit me ’till I walked in my door at home, but I realized my brother was gone, my girl was gone, and my band career as a full-time thing was probably over. I fell into a deep depression because I didn’t have a leg to stand on and probably didn’t get back on track for another 7-8 months. For the first time in my adult life, though, I didn’t really care about GOD FORBID. At that point, the band seemed to be the cause of my problems.

“But playing with the guys, and writing with Matt Wicklund in particular, really inspired me and helped me get out of my funk. I continued with the Equilibrium album out of loyalty to the guys, and I believe in finishing things I start, and that included doing some touring as well. All in all, I don’t regret it because I think it’s a fantastic album, if not our best album.

“Unfortunately, touring with the band last year proved to be unsustainable from a financial survival standpoint. I was homeless, in debt and needed to figure something out, because this lifestyle I was living was not working. The last few years are the first time in my life I’ve really thought about what I wanted to do outside of GOD FORBID.

“The answer is A LOT. I have so many ideas and prospective projects on the docket that I’m sure many of them will never see the light of the day.

“My priorities right now are having the time and freedom to be creative and productive. While still trying to keep the lights on, of course. This is both exciting and scary.

“I’m not sure if I will end up with a regular career that puts me in an office five days a week or end up in another band touring full-time again. I am just taking things as they come.

“I’m sure many of you have seen the reports regarding my new rock band and cover band, so I’m obviously continuing to play as much as possible. It’s still my favorite thing to do in the world, so I will not be stopping playing or performing anytime soon.

“Having this time recently to figure out what I want has made me realize that being a musician is who I am. Even if I end up doing other things, I will always be a rock ‘n’ roller at heart.

“I am keeping the door open to all forthcoming opportunities and I am not closing the door on GOD FORBID forever, but now is not the time.” 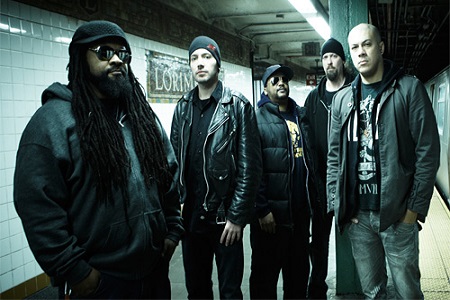 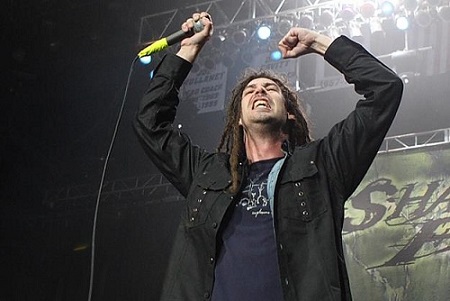