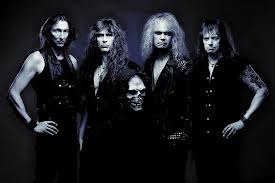 Veteran German metallers GRAVE DIGGER have commenced recording of their new album at Principal Studios (KREATOR, IN EXTREMO, GRAVE DIGGER) in Senden, Germany for a July 11 release via Napalm Records.

The first clip from the studio can be seen below.