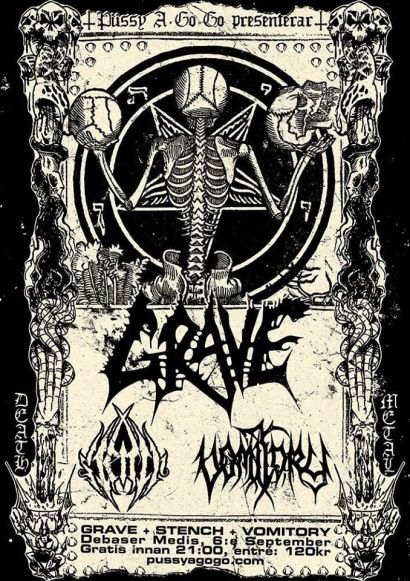 The band’s current lineup – Ola Lindgren (vocals and guitar), Ronnie Bergerstål (drums, ex-CENTINEX), Tobias Cristiansson (bass, ex-Dismember) and Mika Lagrén (guitar, FACEBREAKER) – performed songs from all their albums, as well as a handful of demo songs and other goodies from their career.

After the event the band remarked: “Huuuuge thanks to each and every one of you who showed up to the anniversary gig last night. We had a kickass time entertaining you although a set this long takes it’s toll on an old man hehe.. We played one track from all of our releases starting with the Sick, Disgust, Eternal demo up ’til todays most recent release Morbid Ascent.”