GODYVA Posts “I Feel You” Video 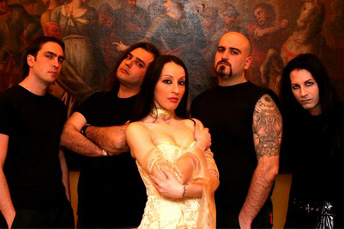 Italian Goth metallers GODYVA have posted the video for “I Feel You,” a track from their new Alien Heart album. The video can be viewed below. The song is the English version of famous MATIA BAZAR song “Ti Sento: re-arranged in unique GODVYA’s style.

More on Godyva at this location.