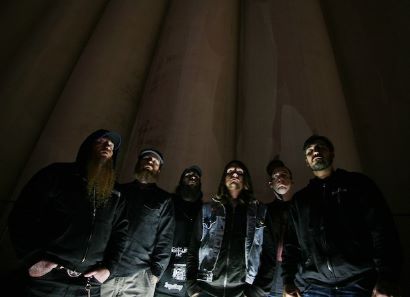 City Of Dust, the debut full-length release from Arizona’s anarcho-sludge faction, GODHUNTER, is now less than two weeks from deliverance. The 50-minute politically-antagonizing concept album unleashing the band’s most musically diverse and lyrically thought-provoking anthems yet.

Among the stoned-out dirges on the ever-morphing tectonic surge of City Of Dust, one of the instant stand-out tracks is the fourth of the album’s eight; the venomous “Snake Oil Dealer.” Uncoiling over nearly seven and-a-half slow-burning minutes, the agony of the band’s tonal crush is soaked with some of the most ethereal Moog-driven atmospherics of the album, in addition bearing some of the members’ brutally-honest, confrontational views on their home state’s governmental downfalls. The song can be streamed below.

City Of Dust will see release on February 18th, a cooperative effort between Earsplit’s label, The Compound, and GODHUNTER’s Battleground Records. A deluxe 180-gram LP pressing is now under construction and will be available before Summer. 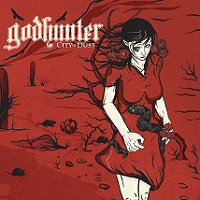