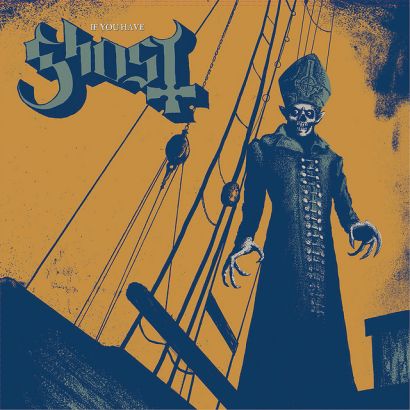 Swedish metal band GHOST (aka Ghost B.C.) are currently streaming their forthcoming If You Have Ghost EP via the Soundcloud widget below.

The five track EP was recorded and produced by Dave Grohl and includes cover version of songs by ROKY ERICKSON, ABBA, ARMY OF LOVERS, DEPECHE MODE, and a live version of their offering “Secular Haze,” recorded from a live ritual in Brooklyn earlier this year.

If You Have Ghost EP track listing: