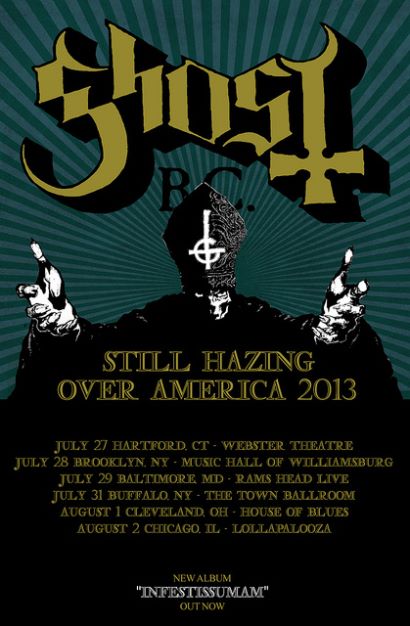 Prior to their August 2 spot on this year’s Lollapalooza Festival in Chicago, IL, Swedish cult rockers GHOST will embark on a brief headlining run of the United States. The band previously did a run of headlining dates of the U.S. in support of their freshly-released Infestissumam album. Pre-sale tickets with special merch bundles are available now here and general on-sale will begin this Friday, May 31st.

The controversial art is still on vinyl and European copies of Infestissuman. “Vinyl manufacturers don’t have a problem with the artwork. Neither does Europe,” the source told SPIN.com.

GHOST was also recently forced to modify its name in the U.S. and Canada to GHOST B.C. for “legal reasons.”