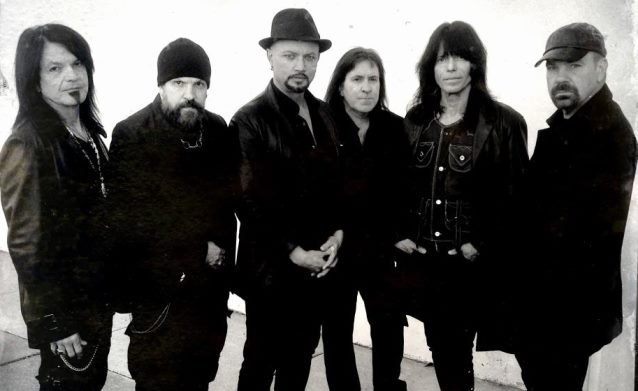 On the very day his farewell tour as QUEENSRŸCHE begins, Geoff Tate — one of rock’s quintessential front men and the lead vocalist heard on all QUEENSRŸCHE hits since the inception of the band — has announced that his current version of QUEENSRŸCHE will forge ahead as OPERATION: MINDCRIME after the tour ends.

Tate, who has always enjoyed telling stories through music, considers the creation of the forthcoming trilogy one of his biggest and most ambitious works to date.

“I tried to reduce the story and eventually got it down to 37 ideas that needed representing to complete the story,” comments Geoff. “I knew that one record wouldn’t cover it and that it would have to be a trilogy. It’s an exciting project and one we’d like to release the first part of sometime next spring.”

With the evolution of his band, Geof would like to concentrate on concept and story albums in the years to come. Fans like to call it, “Thinking Man’s Metal” and Geoff plans to continue expanding the musical dimensions of your mind.

“It doesn’t seem that long ago when I first brought the Mindcrime story to the band… they were, initially, against it. Chris DeGarmo was the first one to get on board and, once he did, we were able to move forward with what became one of our greatest achievements as a band.”

With the release Operation: Mindcrime — which won critical and popular acclaim and comparisons to THE WHO’s Tommy and PINK FLOYD’s The Wall — QUEENSRŸCHE went on to bring their progressive music to sold-out audiences the world over. With Geoff at the helm, QUEENSRŸCHE sold over 20 million albums worldwide and performed in over 46 countries.

That was then, this is now and Geoff Tate is looking forward to what lies ahead with his trilogy project. “It is so refreshing to be able to concentrate on the many stories and ideas that I have been working on with no boundaries or restrictions,” states Tate, further adding, “With the newly-named band, I think fans will continue to enjoy the music we create and perform together and hope they share this new musical journey with us.”

Beginning July 30, Geoff Tate and his band mates will be spanning the states for a 22-date trek of what will be Geoff’s remaining performances as QUEENSRŸCHE Starring Geoff Tate – The Farewell Tour.