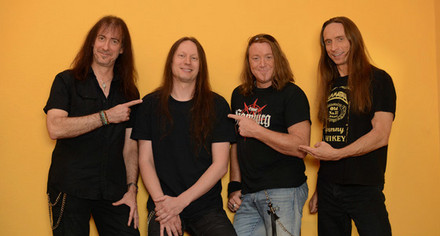 “After a successful tour across Europe and Asia it is time now to finish what had been started with Master Of Confusion EP beginning of this year: the band will enter their studio tomorrow looking through and carrying together new material for the new album Empire Of The Undead which is supposed to be completed right before the band heads out for the south-american leg of the Hellish Rock II-Tour.”

As previously reported, GAMMA RAY and HELLOWEEN have confirmed the first three Latin American shows on their Hellish Rock Part II tour. They are as follows: