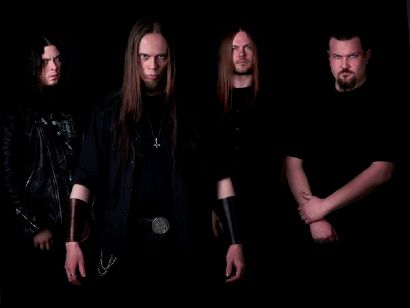 Norwegian pagan extreme metallers FORTID have issued an update on the progress of the new album. States frontman Einar Thorberg:

The drums have been finalised, and we’re well into the pre-production stage and happy with the way things are progressing. With this album I didn’t want to make a repeat of 2012’s Pagan Prophecies or any of our other albums come to that, so there will be more diversity in tempo, and maybe even an occasional flirtation with pop/rock, but not enough to upset our fans.

The lyrical concept of the album deals with the quest for knowledge and a deeper understanding of oneself and the universe through Nordic tradition and the story of Odin. The lyrics will be in Icelandic, which is my mother tongue and allows me to express myself more personally and deeply than I could in any other language.”

More information about FORTID can be found on the band’s Facebook page here.