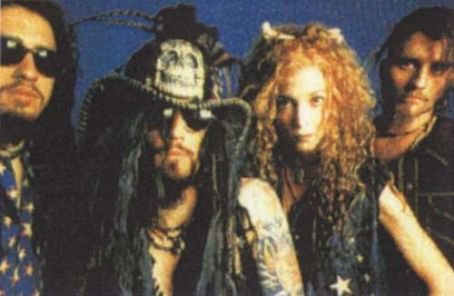 Reports suggest that former WHITE ZOMBIE and LAST CRACK sticksman Phil Buerstatte was found dead over the weekend in Madison, Wisconsin. While no further details have been revealed at this time, Buerstatte’s LAST CRACK bandmate Paul Schluter has issued the following statement on the drummer’s passing:

“We are sorry to have to announce that LAST CRACK drummer and our musical brother Phil Buerstatte has passed away today. He will be greatly missed by his many friends, family and fellow band members. Pull out your LAST CRACK albums, crank them up loud and remember what a great drummer he was! It is the end of an era for us and sad to say the original lineup will never be able to play together again. Our last show with Phil from 2009 is posted on YouTube in its entirety. The remaining members of the band are discussing doing a tribute show in Phil’s honor in the coming months. We’ll post details soon.”

Buerstatte manned the drums for WHITE ZOMBIE between 1992 and 1994 and he performed with the band on the “La Sexorcisto” tour. He was also in the Wisconsin metal band LAST CRACK from 1986 to 1997.