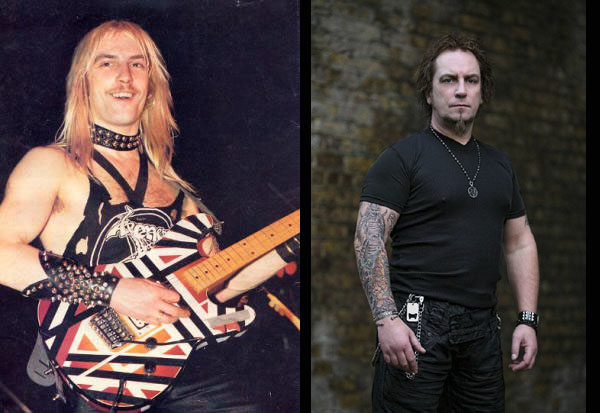 “I wish to make an official statement regarding the rumours and speculation of a reunion of the original lineup of VENOM.

“First of all, I will say that this is not meant to generate a ton of responses or discussions, especially from some who think they know the facts but in reality make their own misinformed assumptions.

“I have read so many, and quite honestly some bitter, commentaries, but I chose to remain silent. However, do not mistake my silence for complacency or lack of knowledge of these comments; they have all been noted and retained.

“I have read practically every account of the history of VENOM that is out there and not one of them is ‘absolutely’ true . . . I WAS THERE, I KNOW THE FACTS, I KNOW THE TRUTH . . . I have NO reason to seek attention with ‘less-than-true’ statements.

“I received a call almost one year ago regarding this matter from the original management who had an enquiry regarding the possibility of a reunion of the original lineup. My response to this was that I was willing to talk, but I did not believe for one minute that there would be any realistic chance of this happening given the past history between the members, I was, however, open to discussion and would await further information.

“In 2005, I had a lengthy telephone conversation with Conrad [‘Cronos’ Lant; VENOM bassist/vocalist] initially regarding the return of a product licence. It was during this conversation that he asked if I was OK with him continuing as VENOM. I said yes and wished him well with it. At this point in my life, VENOM was of no concern to me as my mother had suffered a serious stroke, and later in that year, after a long battle, she passed away, so my focus had obviously been on her.

“As you are all aware, Conrad has since been actively gigging and recording as VENOM, and as you know, I am continually busy with M-PIRE OF EVIL.

“As time went by and rumours and discussions of a reunion increased, but without any input from Conrad or myself, it became obvious to me that the two people who had to communicate in some way were the two of us, as we both have active and ongoing careers, so I made the decision to contact him to get an answer which would basically come down to a simple ‘yes or no.’ In my heart of hearts, I already knew and was prepared for the answer, and quite honestly I also had my reservations about the validity and practicality of such a venture.

“As you may have already guessed, the answer came back as ‘no,’ so I can hereby officially say that there will be no reunion of the original lineup.

“I will include only one line from Conrad’s response as these were personal and private communications between him and myself. In his response he stated: ‘I’ve personally got no interest whatsoever in trying to work with the original lineup ever again.’

“This was something that I fully expected and understand.

“I have spoken to many of you on a personal and face-to-face level, and at the end of the day, I myself am still first and formost a music fan, so I can totaly understand your loyalty and passion for the band in the same way as I feel about JUDAS PRIEST or KISS, but let’s face it, niether are the same anymore and we will always lust after the glory days, but sadly it is not as simple as that, and before anyone rebukes this comment, I will re-enforce the fact that ‘it is NOT as simple as that.’ Just look at the recent press and statements surrounding KISS and the Rock And Roll Hall Of Fame. We have all heard it SO many times from SO many bands and we are no different or immune from what is inherently a band trait… the actions of the individuals involved and the impact of these actions on the unit as a whole.

“I understand completely that many of you would have wished for a different outcome, but all I can say is that I made contact and asked the question, as to my knowledge no one else was doing anything about it and this matter needed to be resolved one way or another.

“To my knowledge, VENOM will continue in its present form and M-PIRE will definitely continue with the work ethic that we have established… and more.

“I will conclude by saying something I have said many times and will continue to say many more and that is this;

“You, the fans, are THE most important part of this thing we call ‘the music industry.’ NEVER FORGET THIS! Without you, none of this exists. You are the lifeblood, the air that we breathe, and without your loyalty and support, there would be no bands, no record labels, no magazines, no concert venues… NOTHING! For this. we as musicians must thank you without reservation. From me personally to you, you have my eternal gratitude for supporting and allowing me to continue doing the thing that I love… MUSIC!

“I have heard so many times from fans, and indeed concert promoters and venue owners, how it is an honour and a privilege to have me play for them. NO… it is an honour and a privilege for me to be able to step on any stage and present my music to you, and for that, once again I say THANK YOU from the bottom of my heart. You guys mean everything to me.

“As I said at the beginning of this statement, this has not been done to generate a ton of responses or discussions; there now is no discussion to be had.

“As many of you will be aware, I very rarely make statements or post on social networking sites, but I felt that this issue needed to be addressed.

“Thank you for taking the time to read this, and once again, thank you for all of your support.”