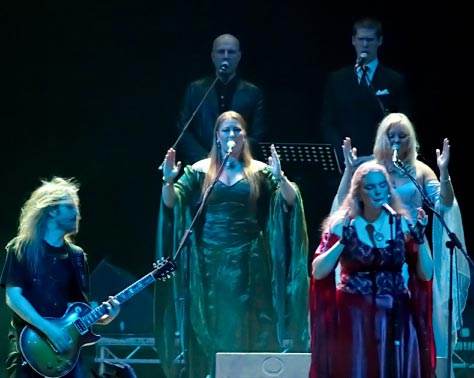 “Today the sad news reached me that Johanna Mårlöv passed away. Johanna was singing in the live choir for THERION during the ‘Lemuria’/’Sirius B’ era and travelled with the band and did shows in over 25 countries. She had been struggling bravely with her cancer for a number of years, but lost the battle in the end. My thoughts are with her family at this difficult time. She will be remembered as one of the happiest and most positive persons I’ve ever met and it was a privilege to have met and get to know her.”

Added former THERION bassist Johan Niemann: “Sometimes, reality hits you like a ton of bricks, and you realize that things like money, fame, career doesn’t mean shit. Today, the world lost a truly amazing human being, so gentle and never a negative word spoken about anyone. I’m lucky to have known her. Thank you for everything, Johanna Mårlöv. RIP.”