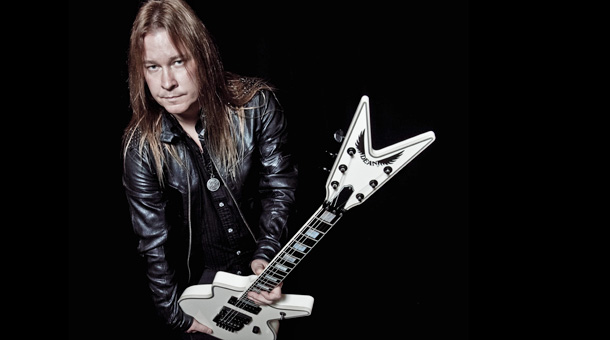 Glen states: “This time around, the singer that I have collaborated with is Henning Basse, from the German band Metallium. I have wanted to do something with Henning since hearing the first Metallium album years ago, so I’m very excited about this release! If you have never heard of Metallium, do yourself a favour and check them out!! They have many great albums to choose from.

I have NOT decided on a release date for this new single, but I can tell you that it will only be available through digital download, and will be available very soon.”

Drover is holding a contest for artwork for the single “Seven Spirits”.

Says Glen: “Submit your artwork ideas and the winner gets to have their artwork on my new single coming out soon… a good reference for style and look for what im looking for is attached here, which is the artwork that was done for the “Walls Of Blood” single, released last October. Keep in mind the title “Seven Spirits”. The artwork should reflect that…”

Email your artwork submissions to: gdslessons767@gmail.com.