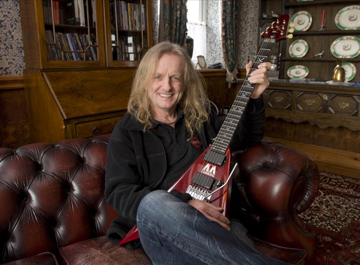 Former JUDAS PRIEST guitarist K.K. Downing has updated his Steel Mill blog with a note regarding his recent 62nd birthday which he celebrated on October 27:

Downining left JUDAS PRIEST in 2011 and was subsequently replaced by Richie Faulkner.