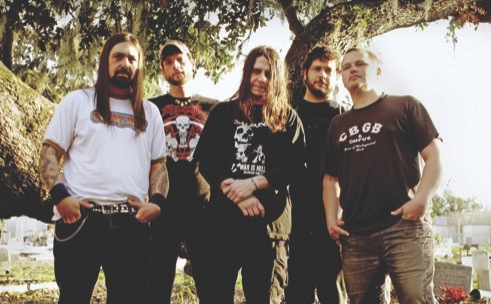 New Orleans sludge legends EYEHATEGOD have taken their post-amplified odes of deviance across the pond this Summer, striking several cities throughout Europe. The New Orleans’ minstrels of hurt feelings and blown speakers continue to systematically level 16 more stages on the trek and video footage of their entire performance at Milhoes De Festa in Barcelos, Portugal on July 27 is available for viewing below. In addition, six other fan-filmed videos have surfaced from their vicious assault in Europe and may be streamed below.

EYEHATEGOD were also recently holed in the studio working on their forthcoming album. Further details will be announced soon – until then, suffer.