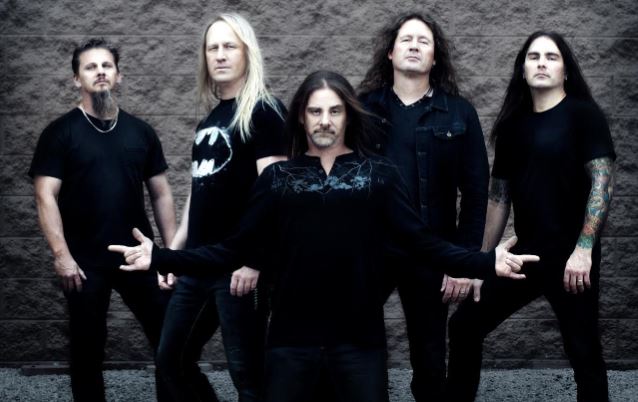 Long-running Arizona metallers FLOTSAM AND JETSAM have announced the first wave of confirmed club and festival dates for their upcoming 2014 European tour that is scheduled to start in May and run through August. The trek will mark the band’s return to Europe, coming off the heels of 2012’s Ugly Noise album and last year’s re-recording of the band’s classic 1988 No Place For Disgrace LP.

Initially set to start in April, the tour was pushed out a month to May in order to allow FLOTSAM AND JETSAM time to continue writing material for the band’s new album, which will feature new drummer Jason Bittner (SHADOWS FALL, ANTHRAX). At press time, the band will begin tracking its as-yet-untitled new effort later this month, with more European and U.S. tour dates to follow.