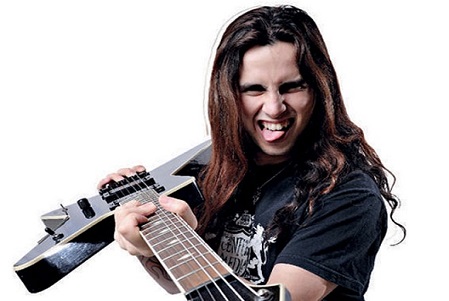 FIREWIND, featuring guitarist Gus G. (OZZY OSBOURNE), have posted a video re-cap of the band’s trip to UK’s Bloodstock Open Air, which can now be viewed below.

With a playing time of 69 minutes, Apotheosis – Live 2012 is a great overview of the band’s career so far, which consists of seven studio albums. It also marks FIREWIND’s final release with singer Apollo Papathanasio, who decided to leave the group at the end of last year. He has since been replaced by Kelly Sundown Carpenter (ADAGIO, BEYOND TWILIGHT) as session frontman for all 2013 live activities.