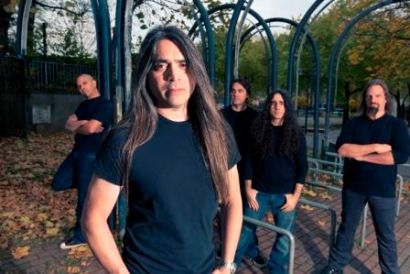 American progressive metallers FATES WARNING have posted footage of drummer Bobby Jarzombek laying down the tracks to their forthcoming new album, Darkness in a Different Light. The footage can be viewed below.