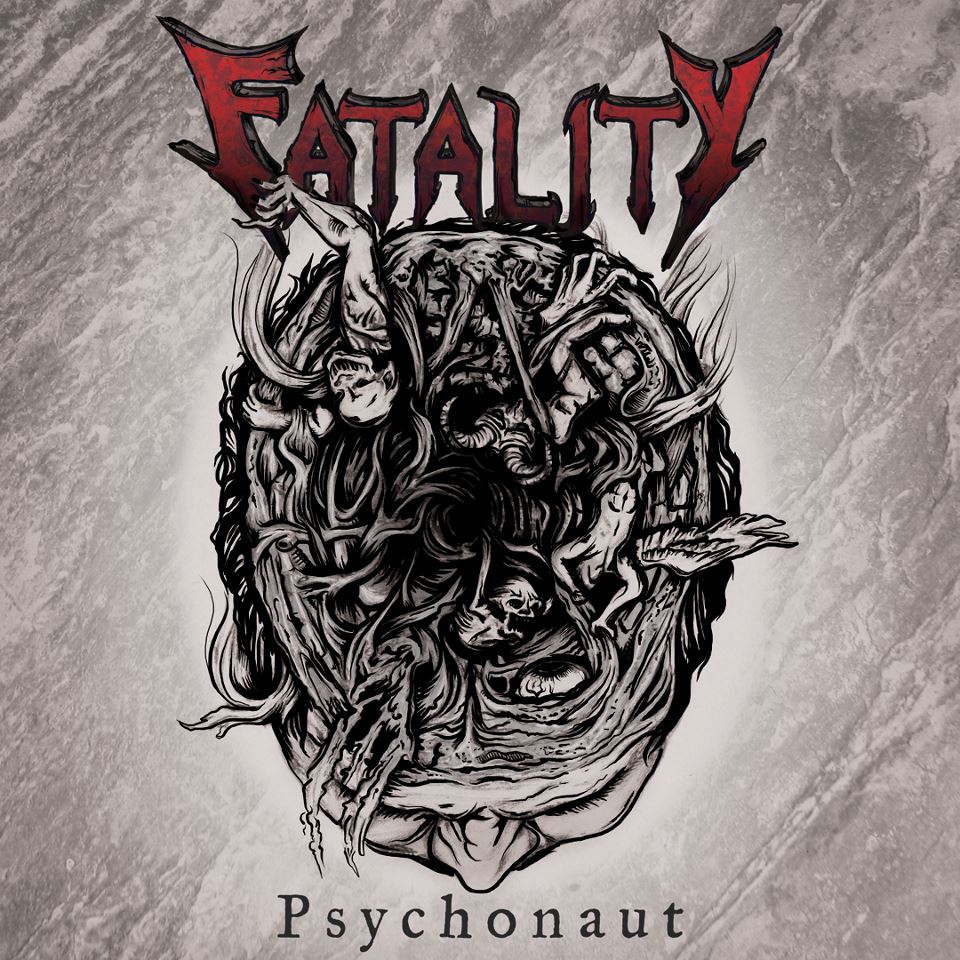 Toronto’s own thrash metal quartet FATALITY recently announced that they are gearing up to release a new sophomore album, Psychonaut, which is scheduled to drop on June 28 and is available for pre-order here. The band tapped Maria Paterakis to create the artwork for the album and to celebrate, the high-energy thrashers have also released, “Thoughts Collide” a catchy five minute track. FATALITY features the musical stylings of vocalist/guitarist Spencer Le Von, guitarist Eytan Gordon, bassist Adam Zlotnik and sticksman Mason Le Von. In addition to the new song streaming via Soundcloud and album artwork, the band have also released a long string of tour dates in North America so be sure to check out all three below.

The band issued the following press release: “Smarter, stronger and musically tighter than ever, Fatality are now ready to unleash their sophomore album on their adoring public. Entitled Psychonaut, their new record is at once a darker and more mature effort, with more complex arrangements and sophisticated concepts, that still retains their trademark energy and commitment to drunken mayhem.

“Tracks like ‘Thoughts Collide’ and ‘Before The Collapse’ delve deep into the sodden minds of their creators, bubbling with the strange alchemy of pop culture. Set to be released June 28th, 2013,  Psychonaut is an exploration of the inner landscape of the mind, where addled thoughts and horror-polluted dreams are held up to musical scrutiny. Monstrous, ambitious, and sardonically funny as ever, Fatality are taking their unique sound and boundless energy to the next level.”

Their debut album, Beers From The Graves, was supported with North American tours that saw the thrash ensemble invited to share the stage with the likes of MUNICIPAL WASTE, EXODUS, RAZOR, EVILE, to name a few.