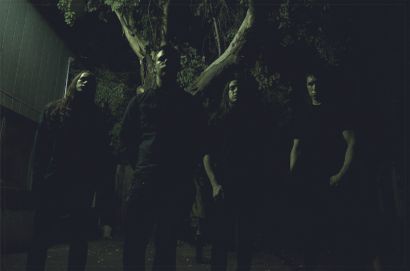 Having just wrapped-up production on their follow-up to 2011’s The Harvest Wombs, FALLUJAH will bombard the masses in 2014 with the new release, entitled The Flesh Prevails. The album was mixed, mastered and engineered by Zach Ohren (Animosity, Suffocation, All Shall Perish) at Sharkbite Studios in Oakland, California over the course of a few months and features guest appearances from Christian Muenzner (Obscura, Necrophagist) and the voice of Roniit Alkayam. The cover artwork was a collaborative effort between Poland’s Tomasz Alen Kopera and the band’s vocalist, Alex Hofmann.

The Flesh Prevails is set to be released during FALLUJAH ‘s participation in this year’s crushing Summer Slaughter Tour alongside Morbid Angel, Dying Fetus, The Faceless, Goatwhore and more. A confirmed street date, tracklisting, and deafening serenades from this brutalizing exhibition will be released in the coming days.