Florida based guitarist Bobby Koelble (Death, Death To All tour, Nader Sadek) has joined forces with drummer/producer Antoine Baril (Symbolic Death Tribute, ex-Augury, Contmplator, Jupiter’s Red Eye) on a new project slated to be released by the end of the year. Rounding out the lineup is bassist Christian Paco (Contemplator, ex-Augury) and vocalist Chuck “Mandaddy” Ellis (Gargamel!). The project (as yet unnamed) is currently being recorded at Baril’s Hemisphere Studio in Quebec City, Canada. It promises to feature lots of old and new school brutality, as well as many of Koelble’s signature guitar solos.

“I’ve known Antoine since my involvement with the Symbolic tribute in 2007”, states Koelble. “We’ve remained friends over the years, and when I expressed interest in a new recording, he was more than happy to help out. We’ve got about nine working songs so far, and I’m completely stoked about the way things are coming along.” 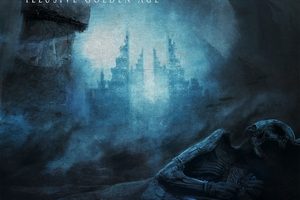