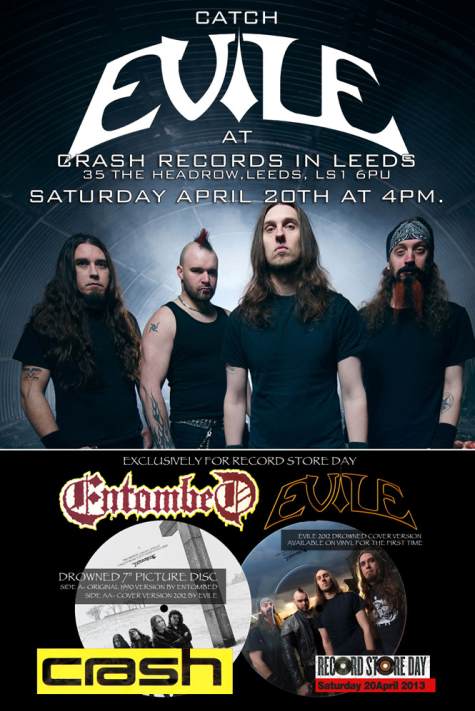 British thrashers EVILE have posted footage from their April 20 performance at Crash Records in Leeds, U.K in support of “Record Store Day”. The footage can be viewed below.

The limited-edition release features ENTOMBED’s classic 1990 track, “Drowned,” along with EVILE’s 2012 cover version, available on vinyl for the first time. The seven-inch is available in independent record stores starting on April 20 in strictly limited quantities.

The band’s fourth album Skull, will be released on May 27 in Europe on Earache Records and in North America via Century Media/Earache Records.