Irish epic black metallers ETERNAL HELCARAXE have released the video for “Flames in the Darkness,” a song featured exclusively on the Elemental Nightmares vinyl project. The video can be viewed below.

The video was directed by Chris O’Brien and shot entirely in JD Studios in Cavan. Praetorian goes onto discuss more on the song itself. “It’s about the handful of elite groups of people who sit on top of the food chain in the world today. They are destroying cultures and anything with any passion or life to this world. There are those are the ‘Flames in the darkness,’ who feel like they were born in the wrong time and are willing to take a stand and fight for something real, to make this world our own again and not give in to commercial greed!”

Elemental Nightmares‘is a vinyl collection consisting of 13 7″ vinyl splits featuring 26 bands, and can be purchased at this location. In addition, when placed side by side, the artwork for each split combines into one large piece of art creating a unique and interesting concept. The collection is limited to 300 copies and is hand numbered. 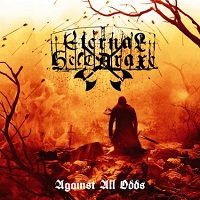