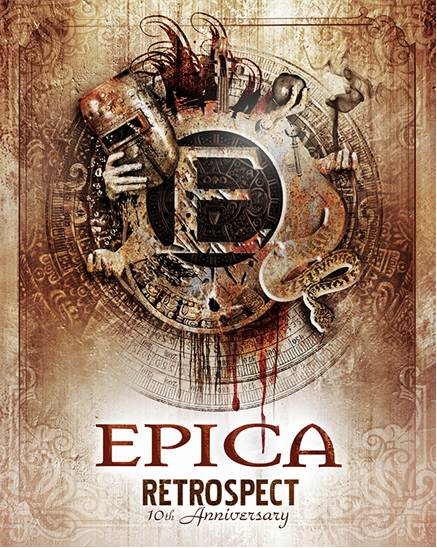 Dutch symphonic metallers EPICA celebrated their 10th anniversary on March 23 in Eindhoven, The Netherlands at a single night event, titled “Retrospect”. Accompanied by the seventy-piece Reményi Ede Chamber Orchestra and the Miskolc National Theatre Choir, the band played an unforgettable three-hour set. EPICA have released a clip taken from Retrospect which boasts the performance of “Unleashed”, the fourth fan favourite from the live DVD and can be viewed below.

Nuclear Blast will release Retrospect on November 8 as a deluxe hardcover book with 48 pages, both as a 2DVD/3CD and 2Blu-ray/3CD version.

“Upcoming week we will spend some days in the studio again to work on the new album. The 20 songs are a mix between the good old days and the album Design Your Universe. It will be hard to make the final selection for the album as we love all those tracks! We’ll keep you posted.”

Simone comments: “Both Vincent and me are doing great. He is a perfect little man. Thank you for all the love and well wishes you have sent us. It is absolutely heartwarming! Love from the Palotais.”