ENTOMBED Signs With Century Media Records; “Back To The Front” Album Due In October 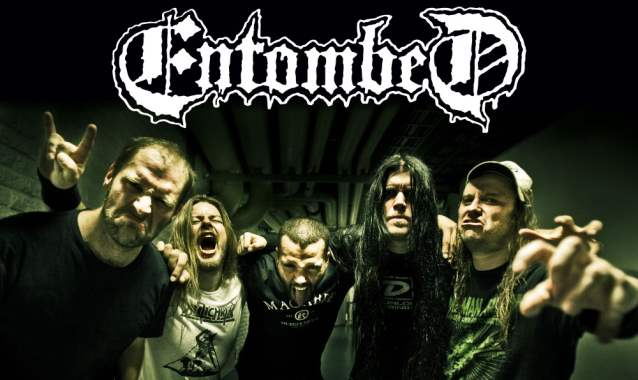 Swedish death metal legends ENTOMBED have inked a deal with Century Media Records. The band’s new album, Back To The Front, will be released on October 29 (one day earlier internationally). The album artwork can be viewed below.

ENTOMBED recently teamed up with PledgeMusic to launch a reissue campaign for some of their albums. In early 2012, Threeman Recordings, which is owned and run by members of ENTOMBED, launched a collaboration with Ninetone Records. The first release under this arrangement was a single for the re-recorded version of the song “Amok” from ENTOMBED’s 2007 album, “Serpent Saints – The Ten Amendments”, produced by Patrik Frisk (CORRODED).