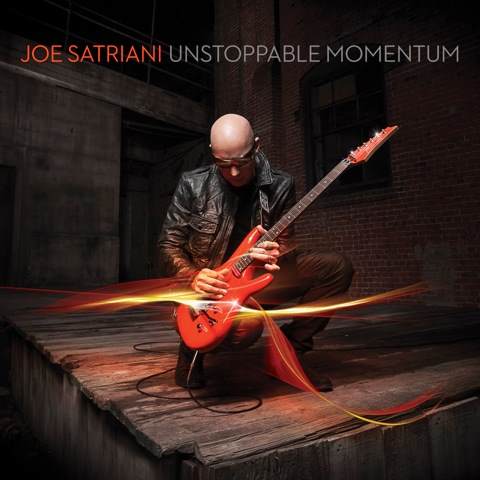 Guitar aficionado Joe Satriani will release his 14th studio album, “Unstoppable Momentum” next Tuesday, May 7 through Epic Records. Fans and the curious alike can now listen to the entire CD before it is released at MSN Music’s Listening Booth.

“Unstoppable Momentum”  is available for pre-order via Sony Music and Satriani’s own website store should you like what you hear. When pre-ordering through the Epic Records store, fans will be given the chance to bundle new signed copies of the album with exclusive t-shirts and guitar straps. At Satriani.com, fans will receive an exclusive, never-before-seen art book featuring years of drawings, sketches and other artwork that Satriani has done over the years.

Satriani has traveled the world for over two decades, playing to sold-out crowds as both a headliner and as founder of the all-star “G3” guitar extravaganza. His studio and live recordings have sold more than 10 million copies worldwide to date and of his many solo albums, two have gone platinum while four others went gold, with 15 Grammy nominations between them.