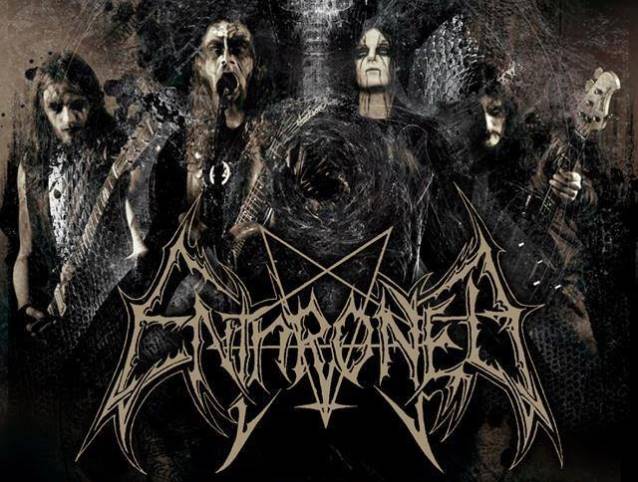 Belgium black metallers ENTHRONED are streaming the song “Of Feathers and Flames,” which comes from their forthcoming album Sovereigns. The follow-up to 2012′s critically acclaimed Obsidium is scheduled for an April 15 release via Agonia Records.