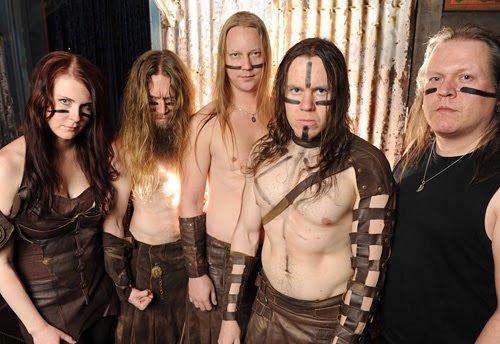 ENSIFERUM will begin recording their Metal Blade debut on September 8th at Astia Studio in Lappeenranta. Finland with producer Anssi Kippo. Fans can expect to hear new music at the beginning of January 2015.

Bassist Sami Hinkka offers the following update: “Hi folks! Only a couple more weeks to go! We head to Astia Studio on 8th of September and recordings will take around five weeks. We had really good and creative pre production sessions with Anssi Kippo so now we are very well prepared to give 110% on each take in the studio. Because the songs were almost ready when we made the demo versions of them, Mr. Mikko Mustonen is already arranging orchestrations on top of those. Gotta love technology! There are still few minor details to arrange and couple of lines of lyrics to twist and turn but nothing can stop us anymore! We are convinced that this will be ground breaking album for us and the whole genre. (Modesty? What’s that?)”