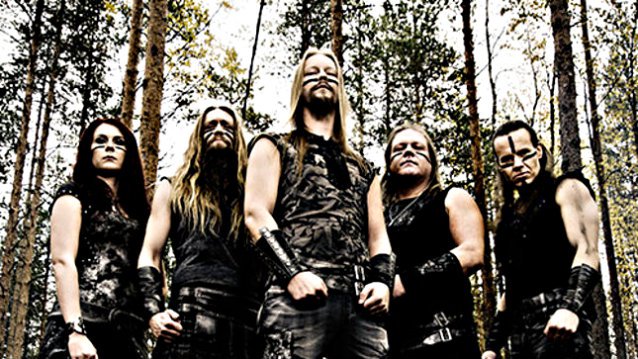 Finnish epic folk metal heroes ENSIFERUM have released an exclusive, behind-the-scenes look into the creation of their most epic offering to date. The album, One Man Army, is due February 24, 2015 (one day earlier internationally) via Metal Blade Records.

The predominantly analog-recorded offering was tracked between September and November of this year with award-winning producer Anssi Kippo (Children Of Bodom, Impaled Nazarene, Entwine) at Astia-Studios in Lappeenranta, Finland.

1. March Of War
2. Axe Of Judgement
3. Heathen Horde
4. One Man Army
5. Burden Of The Fallen
6. Warrior Without A War
7. Cry For The Earth Bounds
8. Two Of Spades
9. My Ancestors’ Blood
10. Descendants, Defiance, Domination
11. Neito Pohjolan