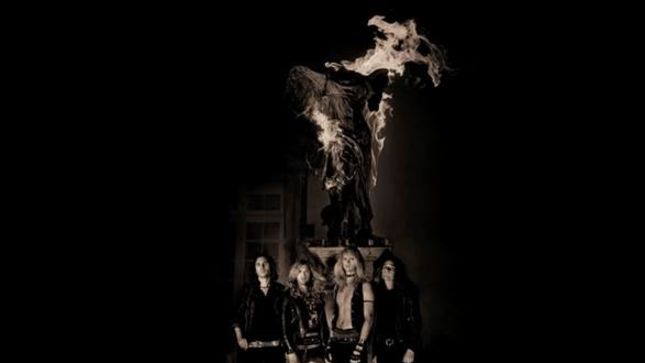 Swedish vintage metal hotshots ENFORCER have released the lyric video for “Undying Evil,” a song from their upcoming From Beyond album. This fourth ENFORCER record will contain ten new songs, produced, mixed and mastered by the band on their own. The album will be out on February 27th (Europe), March 2nd (UK) and March 10th (North America).