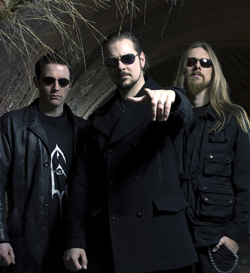 The organizers of Germany’s largest metal festival, Wacken Open Air have announced today in a press conference that Norwegian black metal legends Emperor will be reforming to headline the event next year. This will also mark the twenty fifth anniversary of the famed festival and will be held from July 31 – August 2 in Wacken, Germany.

EMPEROR last released Prometheus – The Discipline Of Fire And Demise in September 2001. The horde’s swansong saw EMPORER dubbed as one of the most adventurous and gifted black metal bands of all times. In 2005, EMPEROR surprised all with an unannounced appearance at Oslo’s Inferno festival. Following the performance, the band announced additional concerts that would include a visit to America; marking the second trip to the States in the band’s legendary career.