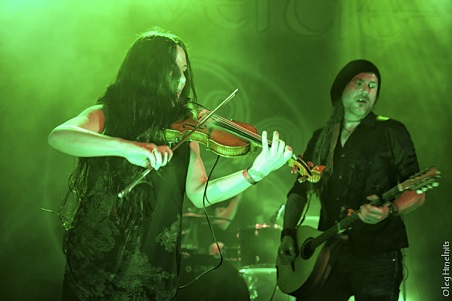 Swiss folk metallers ELUVEITIE have revealed the track listing for their new album, Origins. The album is due on August 5 via Nuclear Blast Records.

The cover artwork for the album was created by ELUVEITIE frontman Chrigel Glanzmann and can be seen below. The effort was once again recorded at New Sound Studio in Pfäffikon, a municipality in the canton of Zurich in Switzerland, with producer Tommy Vetterli (a.k.a. Tommy T. Baron; CORONER/ex-KREATOR guitarist).