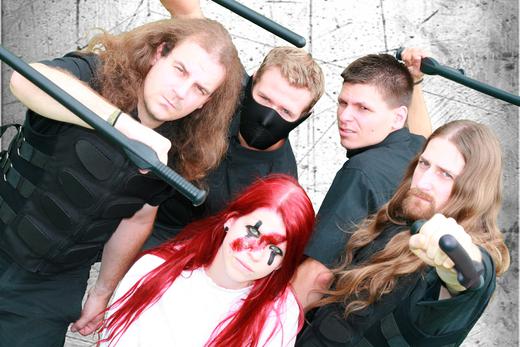 The band’s journey began in 2009 when a couple of musicians started to play music together. Lead guitarist Mashl J. and drummer J.J. soon started writing songs about the people’s true and antisocial nature. This was the moment DYING GORGEOUS LIES was born!

Bassist John Doe left the band and was replaced by Buzz’D Joe and the digital EP Rising Hate was released in November 2012. During the past few years, DYING GORGEOUS LIES shared the stage with bands like CRIPPER, EXCREMENTORY GRINDFUCKERS, their label mates EISREGEN and many more. DYING GORGEOUS LIES’ upcoming, second album will be released later this year via Massacre Records.