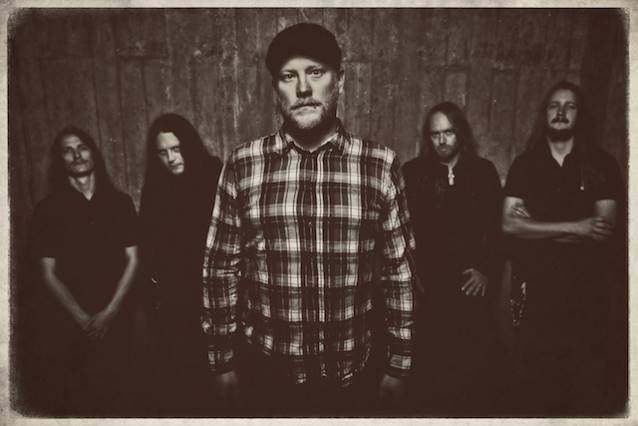 Drummer Daniel Liljekvist has announced his departure from Swedish dark rockers KATATONIA. He explained in a statement: “I’ve been thinking about this for the last couple of months and I’ve come to the sad conclusion that I have to leave the band. It’s got nothing to do with ‘difference in views’ or any other bullshit. I just cannot combine job, family and commit 100% to KATATONIA. Times for musicians are rough and I’ve decided to concentrate on my family and get a normal job that gets the bills paid.”

He added: “I’ve had some of the best moments in my life the past 14-odd years together with my favorite people in the world. I’ve been all over the planet with this lot… my second family.

“This is Daniel, rocking the fuck off! Cheers!”

The remaining members of KATATONIA said: “We are sad and hollow to see Daniel leave our ranks, but yet his decision has our sincere understanding. Nothing lasts forever and all good things must come to an end sooner or later. Yet it makes it so much more frustrating when it happens for the wrong reasons or before reaching our terminus. Particularly, we can’t pretend the current climate has nothing to do with it; in fact, this is undeniably yet another outcome of musicians struggling at the crossroads of today’s ‘scene/industry.’ Tragically, this situation forces a member, brother — and our fans’ favorite longtime drummer — to resign from a band he sacrificed a decade and a half to build.

“While encouraging this topic to inevitable debate and re-evaluation, we will always be grateful for the years we shared together and we wish Daniel the best of luck in the future. It goes without saying we part as band members, but certainly remain as friends.

“On a further positive note, this will not affect any of the upcoming tour dates. The ‘Dethroned & Uncrowned – Unplugged & Reworked’ tour next month will proceed accordingly and see JP Asplund taking on percussion duties. He was the one who actually played all original percussion on Dead End Kings/Dethroned & Uncrowned albums. Stand-in drummer Daniel Moilanen (ex-ENGEL) will perform on the upcoming summer festivals.

“Let’s welcome our helping hands, have a goodbye toast for Daniel (note that would be 11 sips for him) and keep our eyes on the horizon: new tours coming up in South America and Australia as well as the long-awaited 20th anniversary Last Fair Day Gone Night – Live At Koko DVD coming out this fall and much more…”

KATATONIA recently parted ways with guitarist Per “Sodomizer” Eriksson due to “a difference in views on the band’s current operative as well as last year’s decision from Per to permanently live in Barcelona.”