DRAGONFORCE To Hit the Studio 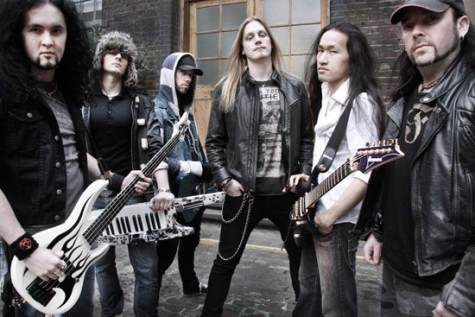 British epic power metallers DRAGONFORCE have wrapped the writing process for the follow-up to 2011’s “The Power Within,” an album that was the debut of singer Marc Hudson, who replaced JP Theart. Along the way, the band has played over 100 shows in 32 countries, along with a support gig for IRON MAIDEN.

With a newfound wealth of experience for the new singer and two years of playing together, the DRAGONFORCE machine will be at its most powerful when it enters Fascination Street studios in Örebro, Sweden in May with Jens Bogren to start laying down tracks. Known for his work with the likes of OPETH, THE DEVIN TOWNSEND PROJECT, AMON AMARTH,KATATONIA, SOILWORK and SYMPHONY X, to name a few, Jens will undoubtedly help DRAGONFORCE make a killer-sounding album.

Comments DRAGONFORCE guitarist Herman Li: “Right now, everyone in the band is itching to get into the studio to record probably the most epic DRAGONFORCE music ever written. With so many ideas flying around and songs already written, we decided to team up with producer Jens Bogrento help us take the DRAGONFORCE sound to the next level and beyond!”