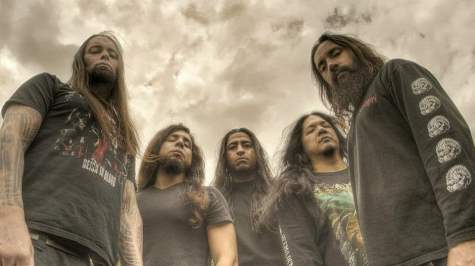 After the loss of bassist Ben Marlin in 2008, DISGORGE put the band on hold. In 2011, they reformed with thoughts of a new album and now the San Diego based metallers DISGORGE have revealed the addition of bassist Diego Soria and vocalist Angel Ochoa to their ranks. Currently working on material for its fifth album, DISGORGE  also recently inked a deal with Extreme Management Group, Inc. (SUFFOCATION, ORIGIN, CATTLE DECAPITATION, ABORTED). The untitled album is slated for a late 2013 release through Unique Leader Records.

DISGORGE will debut their new lineup at The Vault in Temecula, California, where they will co-headline alongside ALL SHALL PERISH, Danny Kenny’s (SUICIDE SILENCE) birthday bash.