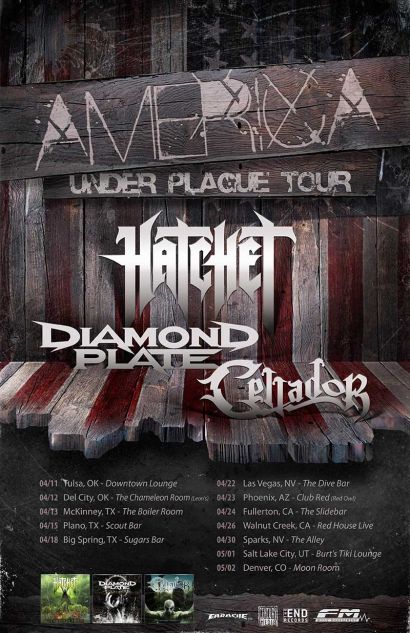 DIAMOND PLATE comment: “Back in the early days of us playing shows in Chicago, HATCHET would always be the band from California that we looked forward to bringing out to our scene the most. They even played Konrad’s 18th birthday show. Years later, we’re pumped to finally hit the road with our friends and bring heavy music to new scenes across the USA. The road for DIAMOND PATE doesn’t end in 2014!”