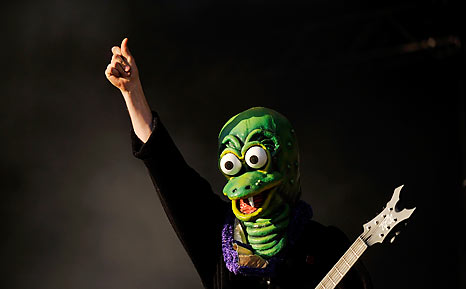 Canadian multi-instrumentalist/producer Devin Townsend has posted the following update via his official website:

“If you’ve been following on Twitter you know that the Z2 Project has now officially started and Z Radio is just one little element of it all. We’ve teamed up with TeamRock Radio to run the first couple of episodes and hopefully you’ll like them enough for Ziltoid to make some more. Click this link to go to the TeamRock Radio site and find out how you can tune in. Enjoy!”

Townsend’s Retinal Circus DVD will be released in late September via Inside Out Music, and features a career-spanning retrospective and set, along with several guest musicians.